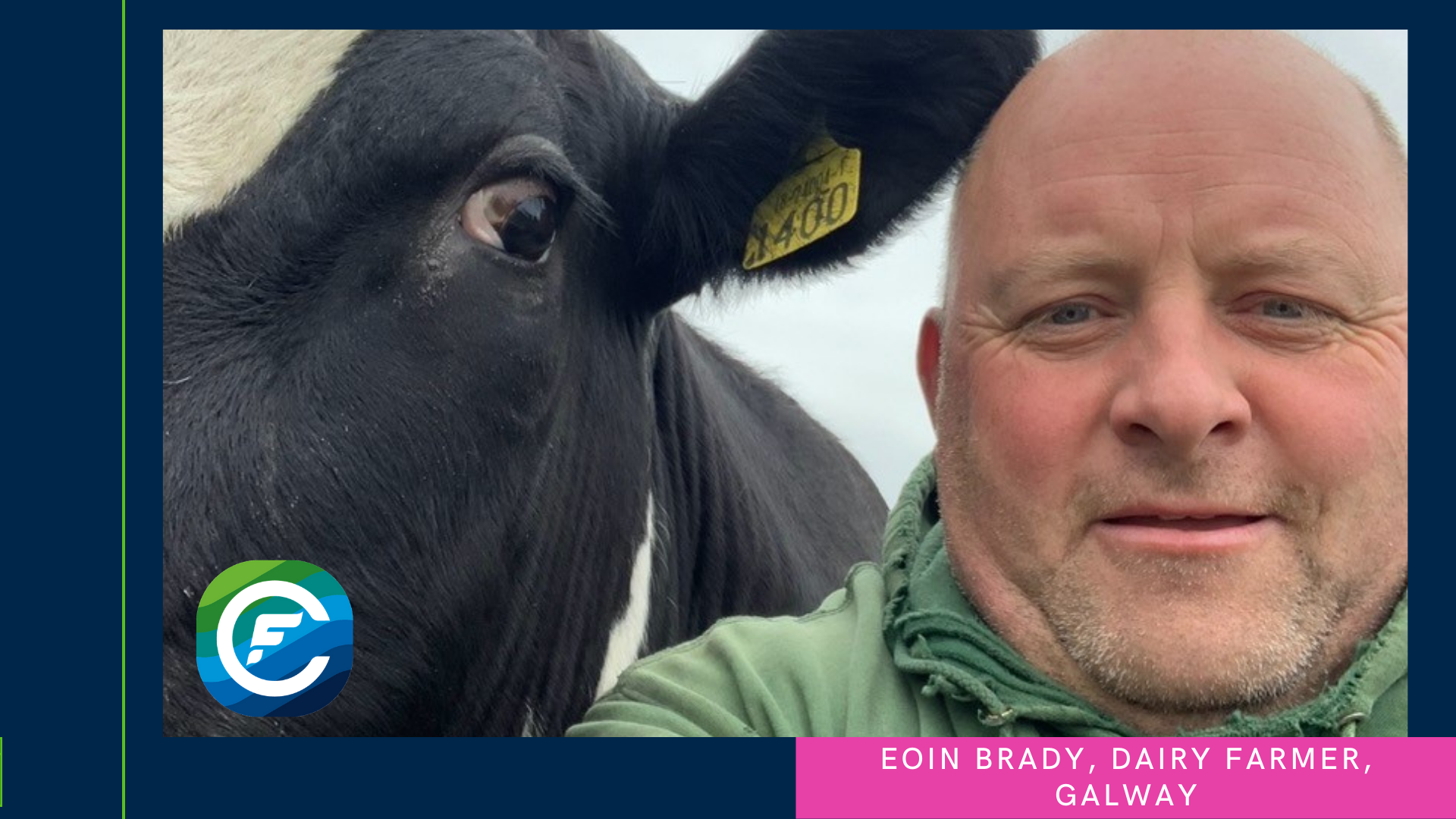 Based in Loughrea, Eoin Brady of Brady Agri, is a dairy farmer by trade and is extremely proud of his 130 dairy cows which he milks all year round. As he says himself, he’s “tipping along nicely during Covid” and has plans to increase his herd to 150 dairy cows.

He may be one of the luckier ones during the pandemic, but Eoin is no stranger to hard times.

“Pre 2008, the farm was going great and I was also doing a number of agri contracts, life couldn’t have been better, but once the downturn hit, it was like hitting a switch – business dried up and I nearly lost everything. Those were hard times.

“We just didn’t see the recession coming. It hit us like a bolt of lightning – that was the really hard part. We went from thriving to barely surviving. I had to go back to basics and slowly build the business up again. But I learned an awful lot. As my father always said “when people be running, walk”. I’ve learned the importance of being prepared and to not take the good times for granted. I learned the hard way.

Today, we have a good flow of business, we have young stock coming along every year and we are contracting aswell again. Honestly, I wouldn’t have what I have today if it wasn’t for Capitalflow.

I’ll always be grateful to Capitalflow, they got me back on my feet. The difference with them was, they were on my side. Both of us working towards the one goal.”

In business, it is common for a long-term financial path to face disruptions along the way, be it delays with applications for finance and loans, funds not being available when needed or sometimes immediate costs such as utilities, payroll and inventory need to be covered before long term financing is available.  Property purchases in particular, […]

The Capitalflow Team was delighted to be in attendance at this evenings Deloitte Financial Services Innovation Awards 2021. Capitalflow was shortlisted to the final three, in the Banking Category, along with fellow nominees Revolut and KBC Bank. The award criteria was the development of an innovation that delivers a new and unique banking product, service, […]

Capitalflow is delighted to be announced today as a shortlisted finalist in the Deloitte Financial Services Innovation Awards for 2021. The Awards focus on innovation that delivers a new and unique banking product, service, channel to market, or partnership, or that significantly streamlines banking operations and backend processes, or that enhances the customer experience. Capitalflow […]