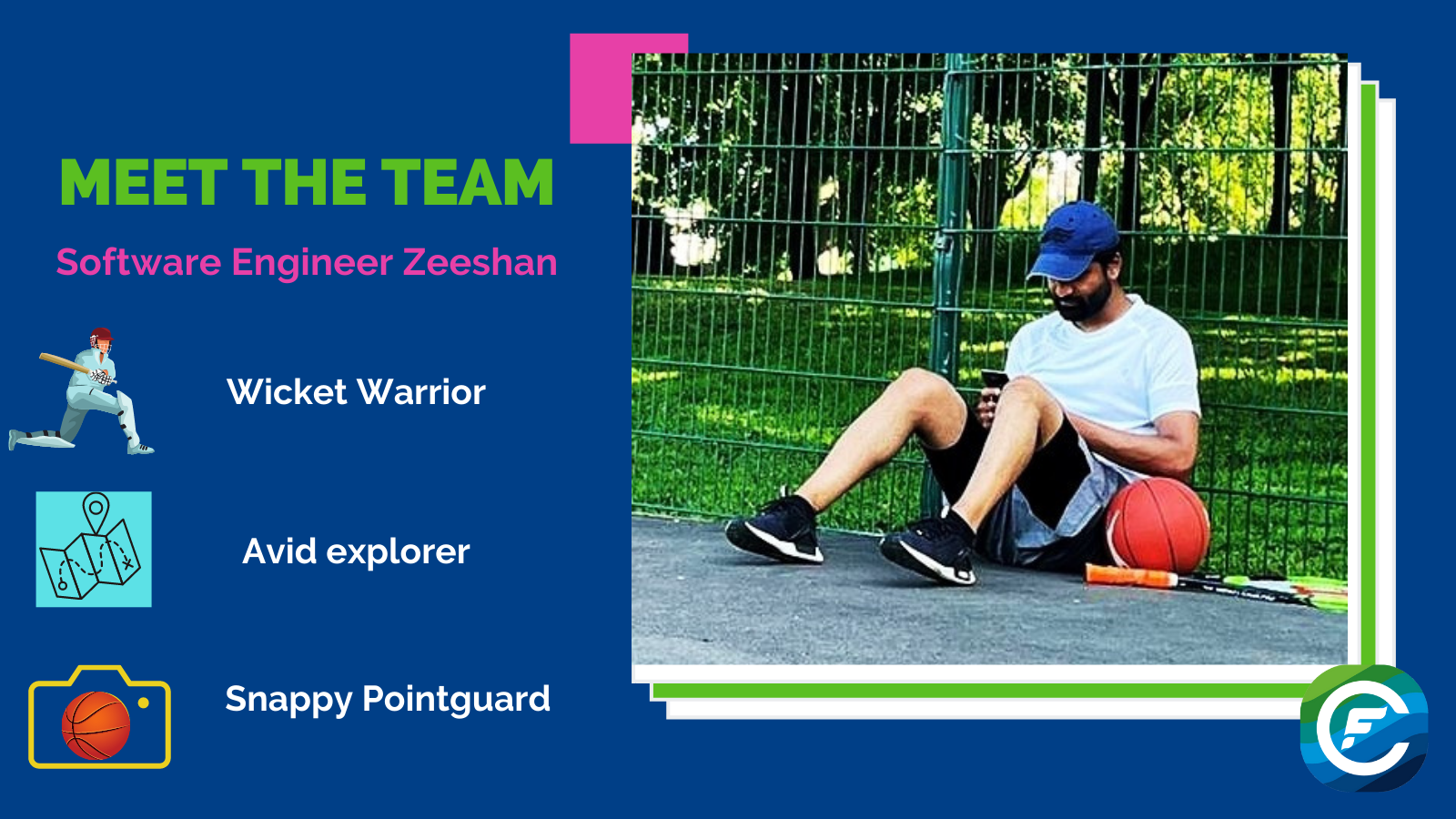 Back with the Meet the Team series and probably one of the most interesting moves to Capitalflow. Zeeshan came to Dublin from New Delhi via Dubai in 2019. With a Bachelors in Technology in Computer Science from Jamia Hamdard University in New Delhi and 4 years of software engineering roles under his belt, Zeeshan spent 18 months in Dubai working on a humanoid robot called Pepper. Pepper was an interactive, dancing, robot created for the service industry such as clothing stores. Next up was a move to Dublin to complete his Masters. Zeeshans interest is in the architectures side of things to build more scalable and robust solutions which provide seamless, enhanced and best user experiences. It was around this area he wrote his research paper titled “Factors Influencing serverless Architecture: A case study on API backend.”

Covid and lockdown included the completion of his MSC and followed by joining the Capitalflow team. So a new college, followed by a new job with minimal knowledge of Ireland, its people or culture. Was this the right move? Chatting to Zeeshan really gave perspective on why this didn’t phase him one bit.

Were you even slightly apprehensive about life in Ireland combined with lockdown? What has helped in settling here?

What type of sports have you played or still participate in? Or any other hobbies?

I’ve played cricket for about 20 years, so hoping to join a team here in Ireland soon. I also represented my school at national level in volleyball. But here in Ireland, I now also play basketball, tennis and pool at weekends.
I also love cooking and mobile photography, very few photos of me, I’m usually behind the lens. I’m also a big Game of Thrones fan.

It’s no surprise so why you’ve settled so well. (Don’t worry we’ll get you playing GAA in no time.😉)  Can you talk a little about your role in Capitalflow?

Ha ha. I joined Capitalflow in April 2021 as a software engineer. Fintech is a huge area of interest for me, so this was a really exciting role especially so early in the journey. My job entails digitising and streamlining the customers and brokers user experience. Enhancing the process and providing solutions for our customers. It’s a big change from my previous roles in logistics and supply chains but the Software Architectures is what I’m most interested in. So, this was the perfect fit for me, building from the ground up.

What does the future hold Zeeshan?

So much! I want to get my full licence so I can explore Ireland a bit more, I love the outdoors and want to experience beach adventures, more hikes and anything that involves being active outdoors. I’m interested too in doing a course in AWS (Amazon Web Services) but that will wait until after my trip to India to attend a family wedding.

Give up one: Cricket bat or tennis racket?

“I will give up tennis racket without even having a second thought.”

“Tough choice but the king in the north Jon Snow.”

Capitalflow has announced the launch of its Partner Panel, setting aside €200 million in funding dedicated to the growth of this partner channel.  The funding and associated supports are designed to drive greater opportunity for Capitalflow’s Partners to provide financing solutions for both our partners and their customers.  Capitalflow Partner Panel membership makes finance simple […]

Dutch regulator has given the green-light to Capitalflow’s acquisition by Dutch fintech bunq. Capitalflow’s ambitious plans to grow its loan book to €1.2bn over the next three years is now a realistic target Funding will be available across Capitalflow’s entire suite of finance products Dublin, 13th December, 2021: Capitalflow Group, Ireland’s fastest growing specialist business […]

Clearlift, one of Ireland’s most competitive suppliers of forklifts, is delighted to join the Capitalflow Partnership Panel, within Capitalflow’s Asset Finance team. Operating since 2007, Clearlift is the most competitive supplier of forklifts for sale and hire in Ireland, stocking a wide range of material handling products including their “hero” EP Lithium batteries. But what […]

It was an absolute pleasure to snag 15 minutes of this busy man’s time. Meet Brian McCann! A DCU Business graduate, CIMA Management accountant and Compliance qualified, Brian has held many roles as Financial Controller within various industry sectors which ultimately led to a move into banking, and in particular, commercial banking. His love of […]